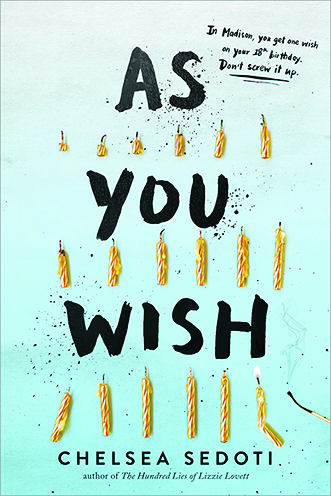 If you could make one wish that was guaranteed to come true-what would you wish for? Eldon's about to make the biggest decision of his life in this fresh, emotional, and captivating novel from the author of The Hundred Lies of Lizzie Lovett. In the sandy desert of the Mojave, Madison is a small town on the road between nothing and nowhere. It's not an exciting place to live, but Eldon's not about to wish to be somewhere else. Because in Madison, everyone gets one wish on their eighteenth birthday-and that wish always comes true. Some people wish for money, some people wish for love, but no one wishes for happiness. In Madison, wishing is happiness. Except Eldon has seen how wishing has hurt the people around him. His parents' marriage is strained, his sister is a virtual ghost in their house, his ex-girlfriend is dating his ex-friend...Where does he even begin? Can he make their lives better? Can he be happy if the people around him aren't? What even is happiness? One thing is for sure: Eldon has only twenty-five days to figure it out-and the rest of his life to live with the consequences.