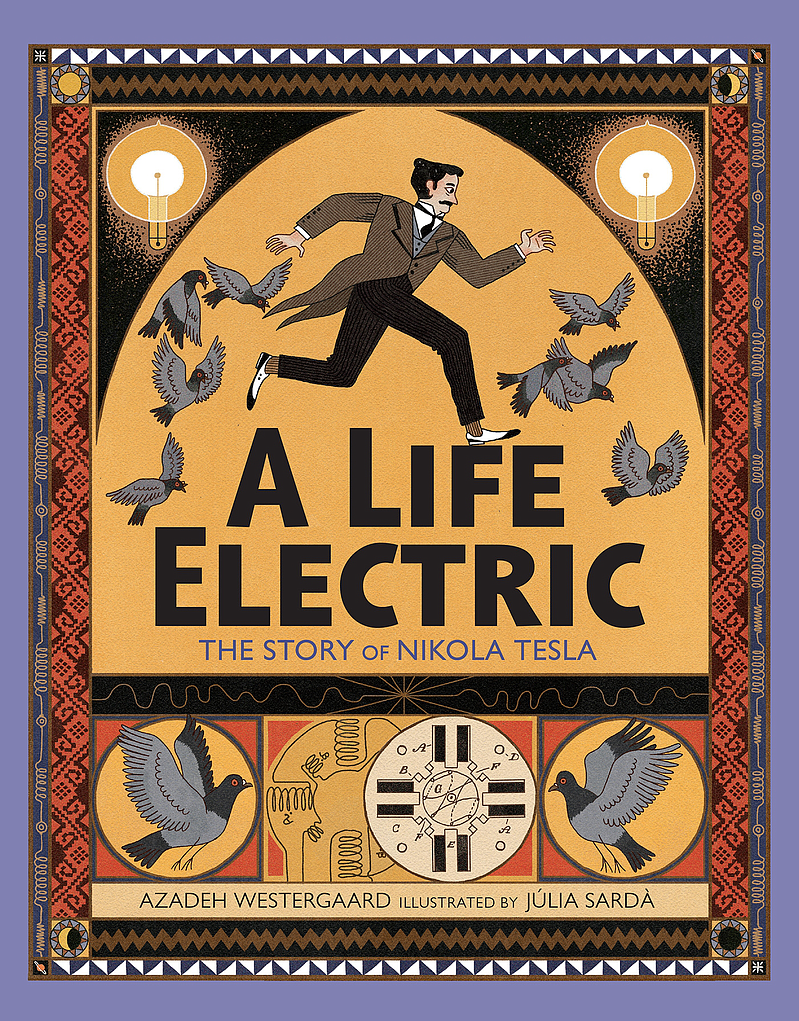 A Life Electric: A Story of Nikola Tesla

WISH LISTS  : Signing in will also allow you to create a wish list. Just choose the heart icon on each product you want to add. To view your list, click on the heart icon at the top right of your screen.

COMPARING PRODUCTS  : To compare products, use the scales icon.

TO VIEW OR COMPLETE YOUR ORDER  : Click on the cart icon at the top right of your screen.

SHIPPING  : Enjoy the low flat rate of just 12.95 shipping and handling to anywhere in Australia, no matter how large your order is.

A lyrical biography of the eccentric engineer and inventor Nikola Tesla

A lyrical biography of the eccentric engineer and inventor Nikola Tesla

"An elegant and enlightening look at a man who brightened the whole world." -Booklist, starred review

Born at the stroke of midnight during a lightning storm, Nikola Tesla grew up to become one of the most important electrical inventors in the world. But before working with electricity, he was a child who loved playing with the animals on his family's farm in Serbia.

An inventor since childhood, Tesla's patents encompassed everything from radar and remote-control technology to wireless communications. But his greatest invention was the AC induction motor, which used alternating currents ( AC) to distribute electricity and which remains the standard for electric distribution today. Tesla's love of animals also remained constant throughout his life and led to his anointment as the Pigeon Charmer of New York for his devotion to nature's original wireless messengers.

Exploring his groundbreaking inventions against the backdrop of his private life, A Life Electric introduces Nikola Tesla to young readers unlike ever before. Azadeh Westergaard's lyrical debut brings compassion and humanity to the legacy of the brilliant inventor, while the esteemed illustrator Jolia Sard deftly brings him to life.