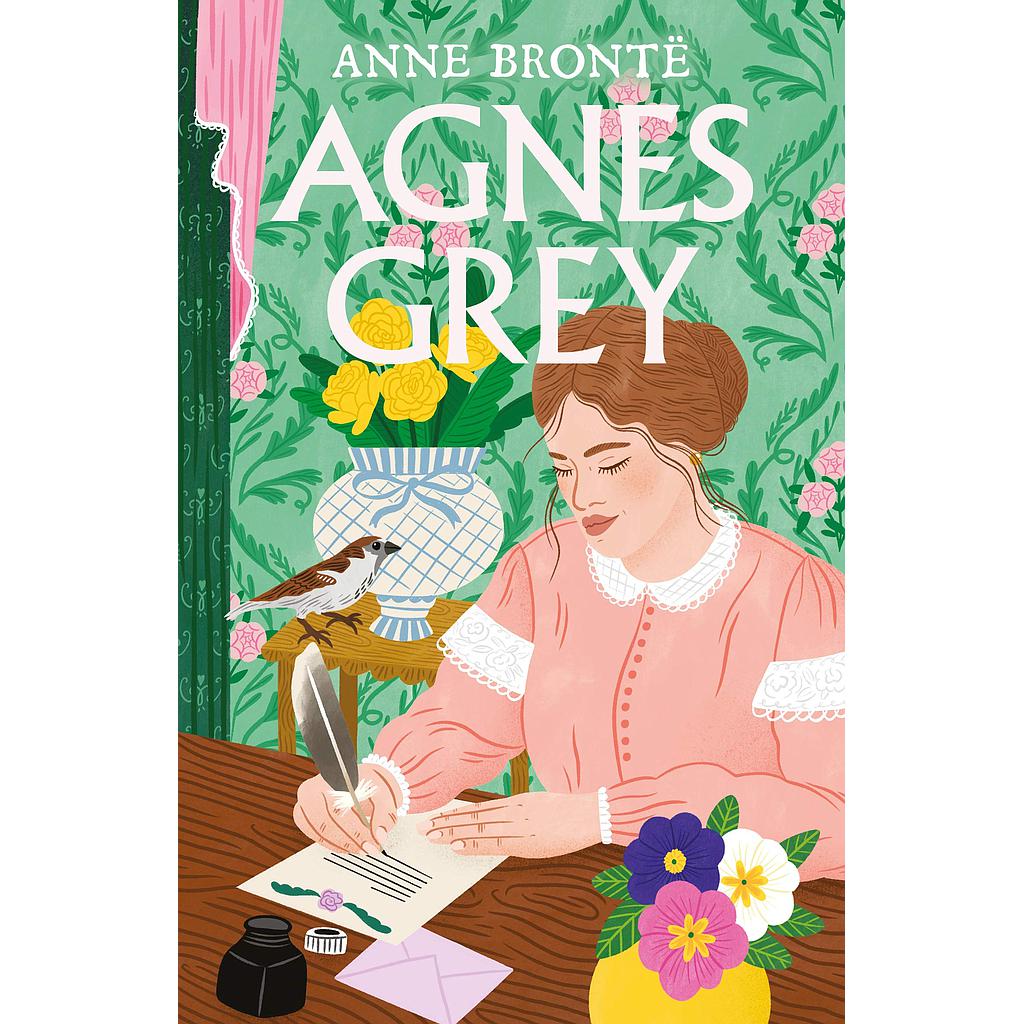 https://bookcurator.com.au/shop/product/9780571358274-agnes-grey-118656
I had been seasoned by adversity, and tutored by experience, and I longed to redeem my lost honour in the eyes of those whose opinion was more than that of all the world to me.
Agnes Grey is forced to become a governess due to her family's circumstances, but struggles with the reality of disobedient children, disdainful employers and an isolated existence. Written from Anne's experience, this is a truly personal and moving coming-of-age story.

As Anne Bronte's debut novel, Agnes Grey was published at the same time as Emily Bronte's Wuthering Heights, by which it was greatly overshadowed. Consequently, Anne is primarily known for her second novel, The Tenant of Wildfell Hall. This new edition of Agnes Grey remains true to the original, giving today's readers the opportunity to discover this earlier work of Anne's, which many will never have heard of, let alone read.
The story is considered somewhat autobiographical, drawing on Anne's own experience as a governess, and Anne's writing has been compared by some to Jane Austen, making this an excellent choice for a comparative text.
When Richard Grey loses the little money his family had (while attempting to improve their fortunes), Agnes, his eldest daughter, determines to leave her very sheltered life and go out to work as a governess, in order to help support her loved ones.
On taking up a position with the Bloomfields, she soon realises that being a governess is nowhere near as simple as she thought it would be. The children are almost uncontrollable, having been completely indulged by their parents who will not allow Agnes to punish them in any way, no matter how bad their behaviour.
When she moves on to the Murrays, she discovers their two girls are not very interested in learning either.
The eldest daughter, Rosalie, is starting to entertain suitors and enjoys her power over men a little too much: she likes to make her suitors believe she wants to marry them, before crushing their dreams, behaviour that Agnes rightly struggles with.
When Agnes meets the new curate, Mr Weston, she finds his contemplative, serious nature very admirable. Much to Agnes' dismay, Rosalie--realising Agnes' interest--sets out to draw his attention to herself, and doesn't hesitate to try and blacken his opinion of Agnes in order to do so--but thankfully fails.
After Agnes' father suddenly passes away, she travels home. Once there, she decides that instead of returning to her position with the Murrays, she decides to help her mother start a school.
A year or so later, Rosalie Murray--now Lady Ashby and the mother of a baby girl--invites Agnes to come to Ashby Park for a visit (promising she will be the child's governess when she is a little older). On arrival, Agnes is saddened to find that Rosalie is miserable, and cannot stand her husband. She married him with the sole intent of becoming mistress of Agnes Park, and it's an aspiration she is now paying a heavy price for. During her brief visit, Agnes hopes to see Mr Weston again and is surprised when Rosalie tells her he has moved away, and she has no idea where to.
Returning to her mother and their school, Agnes takes a morning walk on the beach at an unusually early hour. There she is surprised to be happily accosted by a dog she knew from the Murrays. Accompanying the dog is Mr Weston. He tells Agnes he has been trying to find her school for some time. His new parish is just two miles out of town.
After making the acquaintance of her mother and a number of visits to their home, Mr Weston proposes, and he and Agnes soon marry and make a new life for themselves. Their parish flourishes under his wise care and consideration, and the company of he, his wife and their children.
Favourite quote: "The best way to enjoy yourself is to do what is right and hate nobody. The end of Religion is not to teach us how to die, but how to live; and the earlier you become wise and good, the more of happiness you secure." (p. 226)

Tom Bloomfield's Uncle Robson is somewhat of a drunkard who thinks nothing of hurting animals. He provides Tom with a family of baby birds knowing that Tom will torture them for his own amusement. Unable to talk him out of his awful intentions, Agnes distracts him and drops a large stone on the babies to kill them (despite the grief it causes her to do so), rather than leave them to suffer at his hands. She is rebuked by Mrs Bloomfield for "interfering' with Tom's enjoyment.